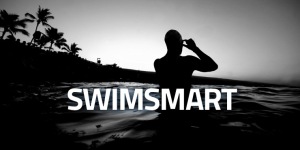 Ever since I signed up for IMLP last July, one of my biggest fears has been the chaos of the mass swim start. I prefer to avoid being kicked in the face and/or lung, thankyouverymuch. Today’s VERY exciting news: IMLP will be testing a new rolling start system this year:

“Athletes will enter the water in a continuous stream through a controlled access point, similar to how running road races are started. An athlete’s times will start when they cross timing mats under the swim arch.

Athletes will be directed to self-seed on race morning based on their projected swim time. Volunteers and staff will be in the staging area with signs and will assist with this process. Self-seeding will not be mandatory, but will be encouraged. At both events, all athletes will have access to a dedicated warm-up area in the water located adjacent to the swim start.

Age-group athletes will begin entering the water at 6:35 a.m. for IRONMAN Coeur d’Alene and 6:30 a.m. for IRONMAN Lake Placid, and will have the two hours and twenty minutes from the time the last athlete enters the water to complete the swim. An athlete’s time does not begin until he or she crosses the timing mat located below the swim arch. All athletes are expected to start by 7:00 a.m. at both venues, thus keeping all other timelines and cutoffs the same. This will ensure that all participants have at least the full 17 hours (subject to intermediate cutoffs) to complete the event.”

Since I’m neither a crazy strong fast swimmer nor a lunatic, my plan was always to hang back and let the super competitive folks go out first. Now, I get to do this officially, and my time won’t officially start until I cross the mat! Big fan of this move, WTC!

In addition to Lake Placid, Coeur d’Alene will also have a rolling start.  Mont Tremblant will be seeding by age group, and Tahoe and Florida will have self-seeding into corrals. Personally, I think the rolling start with time chip probably makes the most sense to avoid traffic jams and dangerous conditions, while still preserving somewhat of the traditional mass start feel of an IM. But what do I know, this is my first. 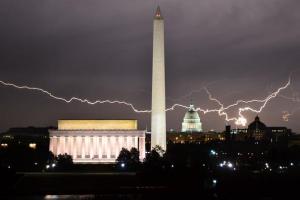 photo by Brett Thompson via http://www.tbd.com

I’ll admit, all this rain lately is putting a bit of a damper on my outdoor riding. Knocking on wood that it won’t interfere with my long ride Saturday morning! But I also cannot deny that I absolutely LOVE a good thunderstorm. Something about growing up in Nebraska develops a deep love in a person for crazy loud, awesome, freaky storms. We’ve yet to have a big one here this spring, but the forecast has been teasing it for days now….

3. CICADA INVASION!!! Bring. It. On. So they’re gross and a little freaky looking. But how amazing are these little creatures? This brood has been laying dormant for 17 years and will soon begin emerging all throughout the Eastern U.S. as soon as the soil reaches the proper temperature. They burrow out of their underground hiding spaces, shed their shell, and become full fledged adults. When they are out and about, they feed on various plant life. AND they are little musicians as well…the male cicadas “sing” as part of their mating practice. In mass chorus, the sound can be almost deafening.

Oh and let me say that one part again…they have been laying dormant for 17 years. 17 FREAKING YEARS! You just gotta respect that. Seriously. 17 years ago I was cruising around my suburban neighborhood on rollerblades and making mix tapes of alternative rock songs recorded off the radio. I hadn’t even started high school yet. That’s when these little Cicada eggs were burrowed into the ground. It’s mindboggling. 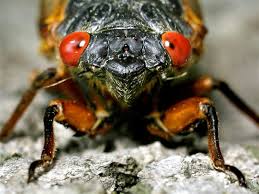 This Magicicada website has an incredible amount of information about our little friends, including tracking maps of brood emergence patterns around the country. Worth a browse, as they are truly fascinating critters. Then you decide, Cicada: annoying pest, or TOTAL AND COMPLETE BADASS?! I’m going with badassery.

(Btw, I also love The Onion’s take on the Cicada re-emergence).

I’m sure I’ll encounter many on my long rides out into rural Maryland in the coming weeks.  What do you think, new bike helmet style to consider? 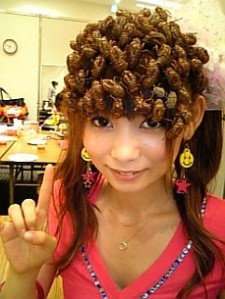