Today was the Mid-Atlantic Multisport World Conference and Expo in Bethesda.  The DC Tri Club signed on to provide volunteer support for the event, spearheaded by fearless volunteer leader Amanda.  Given my recent resolution to become involved in club activities, and my general joiner attitude, I would have felt guilty if I didn’t volunteer.  Plus, I wanted to check out the expo anyway.

The event had a number of hands-on clinics with expert coaches in the swim, bike, and run disciplines, as well as some yoga and other functional fitness sessions.  There were also several seminars throughout the day on a variety of topics including training and nutrition, and keynote address by six time (!!!) Ironman National Champion Dave Scott.

When I first arrived, I wandered about the expo for a bit.  There were many of the typical vendors there: Muscle Milk, FRS, Garmin, CEP, etc., as well as a number of local training and nutrition resources.  There were also some local chiropractors, massage therapists, and PT folks.  Wish I would have had some more time to take advantage of what they were offering!

I originally signed up to volunteer at a “Kids Olympics” event.  When I checked in shortly before my shift, however, I was informed that the Kids Olympics organizer had bailed a few days before, so that particular event was off.  Since I was already there, I offered to do whatever needed to be done, and Amanda promptly whisked me away to directional duty.

While hanging out in the directional chair, I got to watch the attendees stroll by and overhear the seminar speakers.  Although, I must admit, I spent most of my shift eavesdropping on Dave Scott talking to the various folks who walked by to chat him up and get his autograph.  I really wanted to wander over and talk to him, but was worried about neglecting my volunteer duties (and ok fine, I was a little intimidated!) 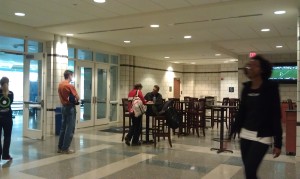 Dave Scott in the distance, being ultimately cool.

Dave Scott is somewhat of a legend in the triathlon world.  Having six championships under his belt is no small feat, and he is only one of two men ever to do accomplish it.  He currently coaches this Disco Runner’s own personal idol Chrissie Wellington.  Scott is also rather well known for supposedly being on a plant-based diet during most of the years of his Ironman success.

Towards the end of the day, the FRS rep came out and had a bunch of leftover FRS energy drinks to give away.  I tried the Orange Cream protein version on the spot: 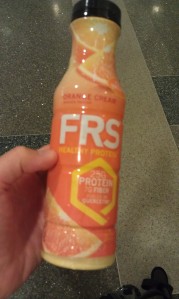 It was pretty good.  Tasted like a more protein-y Orange Julius.  It wouldn’t be my go-to post-workout protein drink, but it wasn’t bad.  She also gave me one of each of the other flavors that she had left.  I loaded up my backpack since I knew the Hubz would partake of whatever I brought home.

I really wish I would have gotten on the bandwagon for this event a bit earlier so I could have signed up for one of the swim clinics or the chi running clinics that took place throughout the day.

There were also various competitions throughout the day which I was somewhat paying attention to.  I know the DC Tri Snapple teams swept 1st and 2nd place, at least.  Way to go!

Next year I need to pay more attention to the hype for this event before it happens, so I can get in on the good stuff.  There were a lot of resources there and if I would have been more on the ball rather than swooping in at the last minute after being guilted into volunteering, I really could have taken advantage. 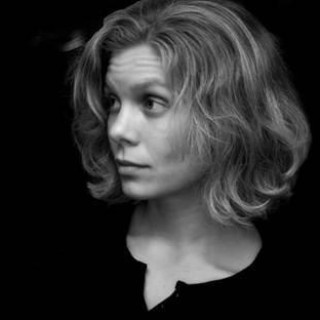